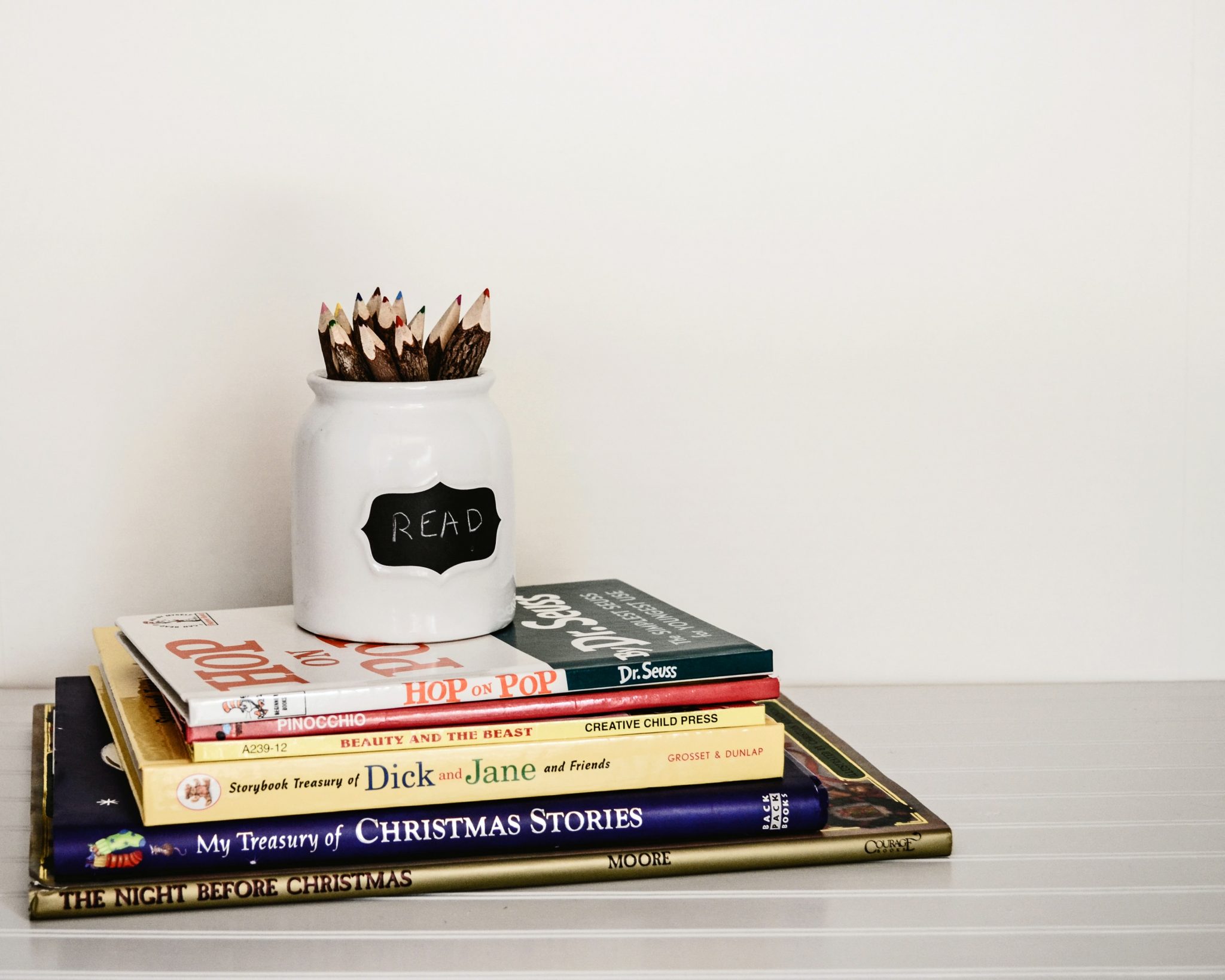 Ruth Mitchell is an author and mother of four living in San Diego, California. She works as a publicist for Immort Works Press, a small publisher devoted to providing readers young and old with captivating books with content PG-13 or lighter.

My 13-year-old son stood on my neighbor’s doorstep at nine p.m., begging for a book.

We were in the middle of a remodel and all of our books had been boxed up. John had already devoured all of his library books, as well as my current book club read. And he was in a bind. He couldn’t fall asleep without a book. Often he just rereads a favorite (what we call comfort reading). But with all of his beloved books packed in a storage unit, his only option was the neighbors. He returned home with Jack London’s, Call of the Wild. The next day we took him to the library.

This was not John’s first book emergency nor would it be his last. Reading at least 300 pages a day it’s hard to keep enough reading material around.  I get a lot of questions and comments about John’s reading habits. I find this interesting because although both of my older daughters are avid readers, no one has ever commented on their reading. No one’s impressed or surprised by a bookish girl. In the United States and nearly every other developed country, girls read significantly more than boys. That’s why when someone finds out how much John (who is now 17) reads they tend to ask two questions: How did you get him to read so much? And (especially if they have a son who reads a lot) what does he read?

I’ll start with the first question—how to raise boys (and girls) who read. First, I’m not an expert. I’m just a mom with two boys who read a lot. (My other son, Will, is also a rabid reader. But because he has access to all of his older brother’s books, he doesn’t seem to have book emergencies.) Consider this post more of a casual conversation between parents in the park. I’ll tell you what has worked in our family, while acknowledging the wide variability of kids’ temperaments and aptitudes.

This was easy for me as a young mom because I always wanted an excuse to sit for an hour or so. I did often fall asleep while reading. Even after kids can read on their own it’s nice to read out loud to them. I don’t think we ever outgrow being read to.

You can’t read to your kids all day long, though some days that’s all I wanted to do. But they can listen to books all day. And my boys did. They started with the Cricket in Times Square and Charlotte’s Web and then moved on to Harry Potter and The Chronicles of Narnia and The Hobbit. They listened to The Hobbit so much that at one time they could recite entire passages from memory. Books on tape are not cheating, they expose children to books at a higher reading level.

Libraries are great for discovering new books. One of our family’s favorite series Hank the Cow Dog was discovered on a library visit. But truth be told, my boys missed the glory days of Mitchell family library trips. I went to the library less often with my sons. That could be because four kids are harder to wrangle than two and a baby. Also, as soon as they could walk, my boys ran amok in the library. And when we moved to San Diego we found our local library had the world’s grumpiest librarian. But we did go. And I think my boys learned to associate libraries and books with fun.

4.   We bought books. Lots of people don’t believe in buying books anymore. I know the arguments: bad for the environment, books create clutter, why spend money when you can get books for free from the library? But when you have four kids, you know that most books will be read at least four times— in our house most books will be read much more than that. All of my children love to reread books. Also, the presence of books in the home is the biggest predictor of a child’s academic success. I think of this study every time I click buy on Amazon.

5.    My husband reads. As mentioned before, girls and women read a lot more than boys and men. Most experts believe this disparity is not driven by biology but by social norms. My husband doesn’t read quite as much as I do, but he is always reading something, usually some non-fiction historical book, which he loves to tell us about over dinner. (I love this because I get to hear all the best parts of these mostly boring books and save my reading time for my fun books.) Also, my sons have older boy cousins whom they admire who are also voracious readers. I don’t think they ever considered it unmanly to read.

So that’s what we have done to help our boys love reading. Which leads to the next question: what do they read? One reason girls read more than boys is because more books are written for girls. My friend and colleague Rachel Huffmire recently published a YA book Granted with a male main character. She struggles to get this book published simply because her main character was a boy. She was told there was no market for books with male MCs.

Check out the teen section at a bookstore and you’ll see how much the market is geared to girls. The covers are full of pretty dresses, flowers, crowns and couples holding hands. It can be discouraging for a young man looking for a good book.

Also, as a mom I couldn’t wait to introduce my daughters to my childhood favorites such as Ballet Shoes, Anne of Green Gables and Little Women. But I didn’t know the boy books. I’ve had to do lots of research and asking around for recommendations. And I am still asking. But for now here is an incomplete list of books my sons have loved. (I’ve provided links of lesser-known books to Amazon just to be helpful. I wish I got paid by them for recommending books, but I’m not that fancy.)

My sons enjoyed most of the same classic picture books as my daughters. One notable difference, while the girls loved all the beautifully illustrated fairy tales, my boys obsessed over the books about King Arthur. My youngest insisted that he was “King Arsur” until he started school.

A Cricket in Times Square-George Selden

The Chronicles of Narnia-C.S. Lewis

Harry Potter Series-J.K. Rowling (These were so beloved! Some days I’d hear one book playing upstairs, and another playing downstairs.)

Around the world in 80 Days-Jules Verne

Journey to the Center of the Earth-Jules Verne

To Kill a Mockingbird-Harper Lee

Calvin and Hobbes-Bill Watterson (I believe comic books are the great gateway into reading. And Calvin and Hobbes which is named after two philosophers has more depth and humor than most comics.)

The Atlas of Shipwrecks and Treasure

Charlie and the Chocolate Factory-Roald Dahl

James and the Giant Peach-Roald Dahl

Third Grade and up

By the Great Horn Spoon-Sid Fleischman

How to Train Your Dragon Series-Cressida Cowell

The Heroes of Olympus Series-Rick Riordan

Freddy the Pig-Walter R. Brooks (This series started in the 1920s has more than a dozen books. I loved it when my boys were reading it because it goes on and on.)

The Name of this Book is a Secret-Pseudonymous Bosch

Middle school and up

Deleted-by Ruth Mitchell (Yes, I wrote this book. But my sons LOVE it.)

The Count of Monte Cristo-Alexandre Dumas

War of the Worlds-H.G. Wells

The Way of Kings-Brandon Sanderson

Boys in the Boat-Daniel James Brown

Lord of the Rings-J.R.R. Tolkien

Please help make this list longer. What would you add to it? Also, what have you done to help your children love to read?