What You Need to Teach Your Children About the Middle East

Many Americans are baffled by events in the Middle East, and confused by all of the foreign names and terms and movements. This class will offer a basic primer that should help to make sense of the news, and help you understand the important ideas, names and concepts your children should be familiar with 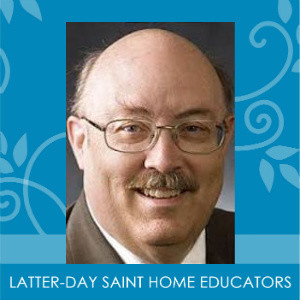 A native of southern California, Daniel C. Peterson received a bachelor’s degree in Greek and Philosophy from Brigham Young University (BYU) and, after several years of study in Jerusalem and Cairo, earned his Ph.D. in Near Eastern Languages and Cultures from the University of California at Los Angeles (UCLA). Dr. Peterson is a professor of Islamic Studies and Arabic at BYU, where he teaches Arabic language and literature at all levels, Islamic philosophy, Islamic culture and civilization, Islamic religion, the Qur’an, the introductory and senior “capstone” courses for Middle Eastern Studies majors, and various other occasional, specialized classes. He is the editor of the twice-annual FARMS Review, the author of several books and numerous articles on Islamic and Latter-day Saint topics–including a biography entitled Muhammad: Prophet of God (Eerdmans, 2007)–and has lectured across the United States, in Europe, Australia, and New Zealand, and at various Islamic universities in the Near East and Asia.
He has served as chairman of the board of BYU’s Neal A. Maxwell Institute for Religious Scholarship–which has, among other things, produced a computer-digitized version of the Dead Sea Scrolls; electronically recovered damaged documents from the ruins of Herculaneum (Italy), Petra (Jordan), Bonampak (Mexico), and elsewhere; and, with the Vatican Apostolic Library in Rome, electronically published editions of ancient Syriac Christian manuscripts. He is the founder and editor-in-chief of BYU’s four-part Middle Eastern Texts Initiative, which includes not only the Islamic Translation Series but three sister series: the Medical Works of Moses Maimonides, Eastern Christian Texts, and the Library of the Christian East. These series publish dual-language editions of classical works of medieval Arabic and Persian philosophy, Arabic medicine and science, and early Syriac and Christian Arabic literature. In 2007, in recognition of his establishment of the Middle Eastern Texts Initiative, Dr. Peterson was named a Utah Academy Fellow and declared a lifetime member of the Utah Academy of Sciences, Arts, and Letters. Dr. Peterson served in the Switzerland Zürich Mission (1972-1974), and, for approximately eight years, on the Gospel Doctrine writing committee for The Church of Jesus Christ of Latter-day Saints. He currently serves as the bishop of a student singles ward adjacent to Utah Valley University. He is married to the former Deborah Stephens, of Lakewood, Colorado, and they are the parents of three sons.