Spiritual Roots of the American Revolution

Good and evil are both based on eternal principles, and the two have always been and shall forever be, in conflict. The conflict is manifest in the collision of those persons who follow one, with those who follow the other. The only meaningful choice a human being can make is, “Which one am I going to follow?” And let there be no doubt, in this world, those who choose the good have accepted the uphill struggle.That was the choice that boiled to the top in 1776, and America chose the good. From then until now, the forces of evil have been steadily chipping away at every good thing America stands for. And those evil forces, wearing every disguise imagineable, are slowly eroding the very foundations on which this country stands. Because the family is the basic organization of America, it is the family that is getting the worst of it. The family isn’t the only fundamental concept taking a beating. So is freedom. Morality. Individual responsibility. Individual choice. Independence. We cannot expect the government, or our schools, to teach our kids these critically vital principles that are the core of what this life is all about; Brother Carter helps parents get it straight in their own heads, in order to pass it on. 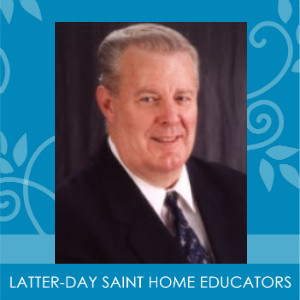 Ron Carter attended law school at George Washington University and the University of Utah, receiving his degree from the latter. He served one term as a State Senator in the Idaho Legislature. Ron concluded his legal career by serving for seven years as a research and writing director for Superior Court Judges in Los Angeles County. He is the author of eighteen published books, including the series “Prelude to Glory”, a ten year project consisting of nine volumes. Ron and his wife LaRue are the parents of nine children and grandparents of many. He held several church callings, serving in the bishopric, high council, and stake presidency. He passed away in 2008.