Music and the Mind

Explore ways in which music can help us unite both sides of our brain, thus decreasing stress and increasing excitement and interest in our daily activities. Participants practice conducting music with different rhythms at the same time, singing in rhyme, and other musical techniques. Inspirational stories with music promoting healing and educational success are highlighted. 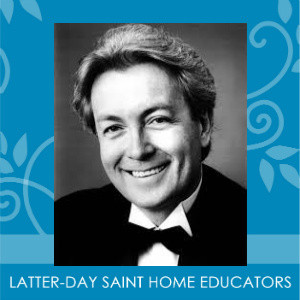 Michael Ballam has had an operatic and recital career spanning four decades and every continent. A native of Logan, Utah, Dr. Ballam has performed in the major concert halls of America, Europe, Asia, Russia and the Middle East, with command performances at the Vatican and the White House. His operatic repertoire includes more than six hundred performances of over seventy major roles. At the age of twenty-four, Mr. Ballam became the youngest recipient of the degree of Doctor of Music with Distinction in the history of the prestigious Indiana University. An accomplished pianist and oboist, he is the Founder and General Director of the Utah Festival Opera, which is fast becoming one of the nation’s major Opera Festivals. Professor of Music for the past twenty-four years at Utah State University, he has also been a faculty member at Indiana University, The Music Academy of the West, University of Utah, Brigham Young University (where he was awarded the Teaching Award in Continuing Education in 1992) and guest lecturer at Stanford, Yale, BYU Idaho, Catholic University and Manhattan School of Music. He is the author of over forty publications and recordings in international distribution, has a weekly radio program on Utah Public Radio, starred in three major motion pictures and appears regularly on television. Dr. Ballam serves on the Board of Directors of twelve professional Arts organizations.