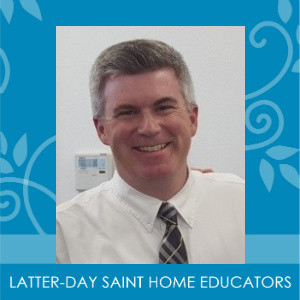 Brother Dave Johnston has been writing an advice blog for LDS teens and young single adults since 2009. “Dear Bro Jo” has been read by over 75,000 people; Dave has responded to over 2,000 emails, and last year his blog passed the 1 million views mark! He has written three books. The married father of seven, Brother Johnston has taught Seminary, Institute, and Sunday school, served as a high councilor, bishop’s councilor, and Elder’s Quorum president; he is currently the Public Affairs Director for the Boeman, Montana Stake. He has worked as a teacher at Montana State University (seven years), a radio talk show host (nine years), and owns a computer drafting company (twenty-two years). He has also coached football and baseball.

To “endure” doesn’t mean to just “sit around and wait”. Whether you feel like “enduring” sounds forever away or like the biggest burden one can carry, in this class Brother Dave Johnston will help you find that balance between “Adventure is out there!”, “Never give up, never surrender”, and “I’ve mastered the ability of standing so incredibly still… that I become invisible to the eye”.