How To Teach Anatomy 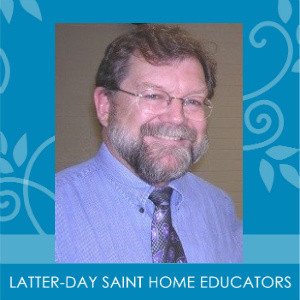 Andy was born and raised in Ventura, California, and muddled through high school with the crowd. His first two years at the local community college were unsatisfactory because he lacked a clear goal in his life to fuel his studies. He transferred to the University of the Pacific in Stockton, California, and found that attending classes and studying at the library leads to improved comprehension and an elevated GPA. After receiving his degree in biology and experiencing a most maturing tour in the U.S. Army, he completed a master’s degree in bacteriology from Iowa State University. For the next six years he worked as a clinical laboratory scientist in several hospital laboratories and learned a great deal about the tests that reveal a wide variety of human illnesses. (Microbiology was his favorite.) With the support of his understanding wife, Andy returned to school and in 1983 received his Ph.D. in medical microbiology from Creighton University in Omaha, Nebraska. To the surprise of everyone, including himself, Andy took a teaching position at USU later that year, and found he was happier in the classroom that he had ever been in the clinical laboratory. With the leadership of his highly knowledgeable wife, they had two children born at home and educated them via homeschool until they started college. Their daughter is now a Ph.D. theoretical physicist who teaches at Virginia Technical Institute with her Ph.D. husband. (He is a grand Englishman, whom she met when she was a student at Oxford). Andy’s son, who spent many years dancing with the Cache Valley Civic Ballet Company, will be receiving his Ph.D. in electrical engineering in May of 2019. His current emphasis is cooling systems for small satellites. Andy’s principal focus is now on the proper methods of educating undergraduates and the continual improvement of the large variety of science classes for which he is responsible. The first grandchild was born via his daughter in October of 2017. Hopefully, more will follow. Andy has been a practicing Presbyterian since childhood and is an active member of the First Presbyterian Church in Logan. He welcomes phone calls at 435-797-1913 or e-mails at [email protected]