How to Cultivate Mindfulness and Focus as Latter-day Saints 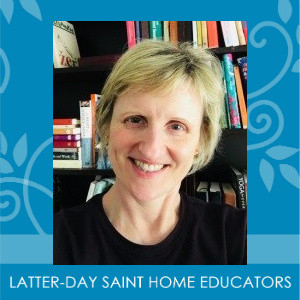 Olga Kovarova Campora, PhD., the author of Saint Behind Enemy Lines, was born and reared in Czechoslovakia (now the Czech Republic). Olga joined The Church of Jesus Christ of Latter-day Saints while studying at J.E. Purkyne (T.G.Masaryk) University in Brno, Czechoslovakia, where she earned a masters degree in physical education and a Ph.D. in education. Since the early 1990s Olga has made her home in the United States. She helped to establish the Czech language program at the Missionary Training Center in Provo, Utah, and has spoken at many church firesides and conferences in different parts of the U.S. Her story was shared in the 2011 Church-published history of the Relief Society called Daughters of My Kingdom. She is married to Randy Campora, bass trombonist for the Baltimore Symphony Orchestra and a faculty member at the Peabody Conservatory of Music. They are the parents of two wonderful sons. One is currently serving a mission and the other is a returned missionary. Olga wrote Czech for Americans, a university-level language textbook. She owns a yoga business called Yoga with Olga, which offers therapeutic yoga for people suffering from chronic pain and a variety of anxiety issues and depression.

If you find it hard to concentrate and your mind gets easily distracted or bored, this class will be great for you. We will learn practical physical and breathing tools that will help you learn concentration and paying full attention, which are a gateway to staying focused and present. (“Be still and know that I am God.” Psalms 46:10)

Mindfulness isn’t a word that we use too often at church. Many LDS people don’t know what mindfulness really is. It suggests that the mind is fully attending to what’s happening, to what we’re doing. This class will help you explore what it means to be mindful and how you can greatly benefit from mindfulness to study faster and with full attention.