Let’s put homeschool on wheels with five children, two parents, and 400 square feet of living space for 18 months. Come join the fun as we talk about roadschooling adventures that increased appreciation of faith, family, and freedom. Take time to dream big, believe in what can be, and discover life outside what is familiar to ignite curiosity and passion for learning. It’s not about status or checklists; rather, it’s about stepping away from the grind to be present in family life. 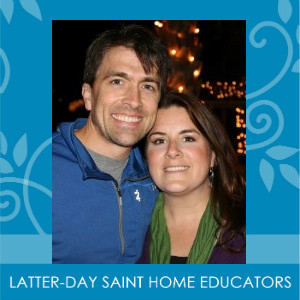 After meeting at youth dances, Heidi and Aarron parted ways. Heidi went to Barcelona, Spain, her senior year, as an ambassador with Rotary International and attended Ricks College and BYU studying Geography: Travel and Tourism. Aarron served a mission in Osaka/Kobe, Japan. When their paths crossed again at 22, they decided never to part. He graduated with honors from Clemson University, acquiring dual engineering and math degrees and a Master of Electrical Engineering from Georgia Tech. Aarron has traveled the world with his work, and Heidi is a homemaker and AromaTouch Technique instructor. One of their greatest journeys has been an 18-month adventure living in an RV with their family, exploring the US and Canada before their oldest left for college. Happy parents of five children, they reside in upstate New York on a small farm and have home educated on and off since their oldest was in kindergarten. They love the outdoors, people, yummy food, and fossil finding at Edisto Island, South Carolina.