The Savior, just moments before His death, taught His disciples a secret to happiness and success; this single quality can become a world-changer. In fact, prophets and apostles have taught that if all followers of Christ could improve this one characteristic, peace and happiness would abound and the Gospel would spread like wildfire throughout the world. If you are struggling in any way with friends, co-workers, family, coaches, or even fellow Latter-day Saints, this fun and upbeat message is perfect to help learn principles that can mend bridges and build greater faith in our Savior Jesus Christ. 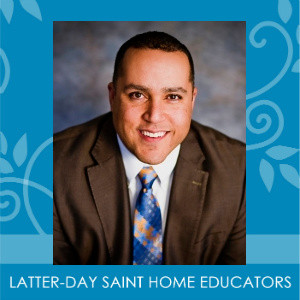 Brother Richards grew up attending the Mountain View Baptist Church in San Diego before missionaries baptized him and his mom. During his mission, he lived in huts, ate spiders, and used machetes (ma-shed-ees) while living in the jungles of Honduras. His last six months were spent in Alabama due to a bone tumor in his shin. After meeting his wife at EFY, he moved to Utah to teach Seminary, play water polo and volleyball for Utah State University, and … marry her. He teaches Institute at Utah State, gives firesides all over the country, and is known for his constant smile and his popular ‘brotherichards’ Instagram/Facebook accounts. He is the author of Preparing for the Second Coming and six best-selling fireside CDs at Deseret Book. If you love his friend Hank Smith, you’ll love him, too!

Some random facts: He can clap with one hand. He’s left-handed. He’s part White, Black, Polynesian, and Native American. He eats chocolate every day. Some say that his excitement for the gospel reminds them of Olaf from Frozen; others say he reminds them of a dark-skinned version of Buzz Lightyear. He grew up as an only child; his mom is an only child, and his grandma was an only child, so…his family reunions were pretty small. Most of all, he loves teaching and being with valiant Latter-day Saints.