Bringing the Good and the Beautiful into Life and Learning

In this presentation, Jenny Phillips weaves her own personal story with inspiring insights on raising children who can recognize and appreciate the good and beautiful in learning. We all want to raise children with strong characters and strong minds, but how do we actually go about doing it effectively? Jenny shares practical ideas and information that answer this question and some of the most commonly asked questions about making homeschooling effective and enjoyable for both the parents and the children. 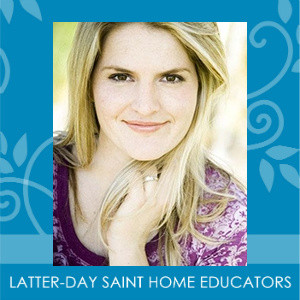 Jenny Phillips has released twenty-seven music albums and performed at more than 1,100 performances, sharing her love of the Savior in twenty-one countries. Jenny has also had a life-long love of education and literature. While in college, where Jenny received a degree in English from Brigham Young University, she worked as an editor and writer for a BYU magazine. After graduating, Jenny worked as a technical writer for three years before having her first child. Jenny has written three best-selling books for youth. Years ago, Jenny began the rewarding journey of homeschooling, and she quickly realized she had a passion for education. Jenny released a homeschool curriculum product line in 2015 called The Good & the Beautiful, which thousands of families use across the United States and around the world.