America in History and Prophecy

The astonishing events that are happening right before our eyes are a fulfillment of prophecy.  Dr. Kimber will share how America was set up by the Lord to be the bastion of freedom through the Millennium, and how we will be able to endure the days ahead through righteousness. 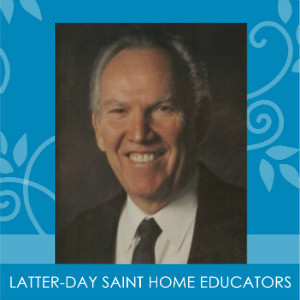 Dr Kimber has always had a love for America and our inspired Constitution. He was instrumental in developing a program for television called The Miracle of America with his father-in-law, W. Cleon Skousen, which aired nationwide during the 1980s. He has also appeared before legislative committees in several states pertaining to religious education and other Constitutional issues. In conjunction with his work in the field of education, the Kimbers formed private schools called the Glenn J. Kimber Academy (formerly known as The Benjamin Franklin Academy private schools). Dr Kimber and his wife Julianne have authored over 100 textbooks covering the subjects of history, science, math, language arts, and religion. All these textbooks are based on scriptural study as well as Constitutional principles, and emphasize community service and a love of learning for students of all ages. Brother Kimber has participated in the LDSEHE annual conference for many years and is pleased to be invited again this year. Born and raised in northern Utah, he and Julianne currently reside in Cedar City, Utah. They are the parents of eight and grandparents of 30.