In a world full of negative noise, emotions, and storms, learn how to navigate and intentionalize life while overcoming obstacles. In other words, “Live like you hair is on fire.” 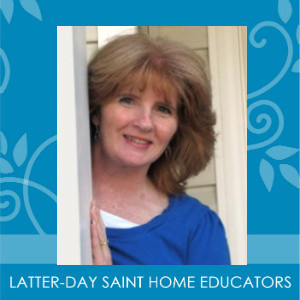 Jennie Jones always loved learning but often felt restricted by expectations to be just like everyone else. She earned a degree in legal administration from LDS Business College and planned to attend law school in the hope of changing how the education system worked. However, life had a few twists and turns; when she had six children ranging in age from three to fifteen, she left the idea of law school behind and jumped into homeschooling. She has found that homeschooling gave her the opportuntiy to pursue education alongside her children and also had the unexpected benefit of strengthening relationships in her family. Jennie loves to serve and has been involved with many community organizations, including Washington County Gleaning, Special Olympics, Packages for Patriots, Boy Scouts of America, and in many capacities for The Church of Jesus Christ of Latter-day Saints. A friend introduced Jennie to LDSHE in 2006. She has attended ever since and tells people that going to LDSHE feels like going to a big family reunion! Jennie has served in several roles for LDSHE and has been the Youth Conference Director for six years.