Adventure Awaits! Our Experience with Roadschooling

“The world is a book and those who do not travel read only one page.” Augustine of Hippo. More and more families are taking their education on the road while living fulltime in an RV. Come learn about why roadschooling our twins and triplets has been one of the greatest experiences of our lives, and why roadschooling might be right for you too.

Discounted as there were lots of noisy babies in this class. 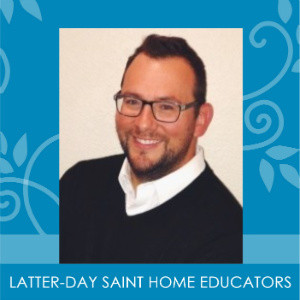 Eli Bowman and his wife Abby have been homeschooling their ten-year-old twins and seven-year-old triplets for four years using the Leadership Education philosophy. Eli always fully supported his wife in her desire to homeschool their children, but through their full-time roadschooling experience he came to understand why his role in their education was so important, and how necessary it was for him to embark on his own educational journey. Traveling the United States, with a renewed emphasis on pursuing his own education and imparting his passions to his children, has led to a family and personal life that is incredibly fulfilling. He enjoys writing, playing disc golf, and diving head first into new subjects and skills. He graduated from Ohio State University with a degree in Business Administration and currently owns and operates a merchant services company. He and his wife were high school sweethearts who were sealed in the Columbus, Ohio, temple in 2004, after he returned from his mission. They reside there when not traveling the country.