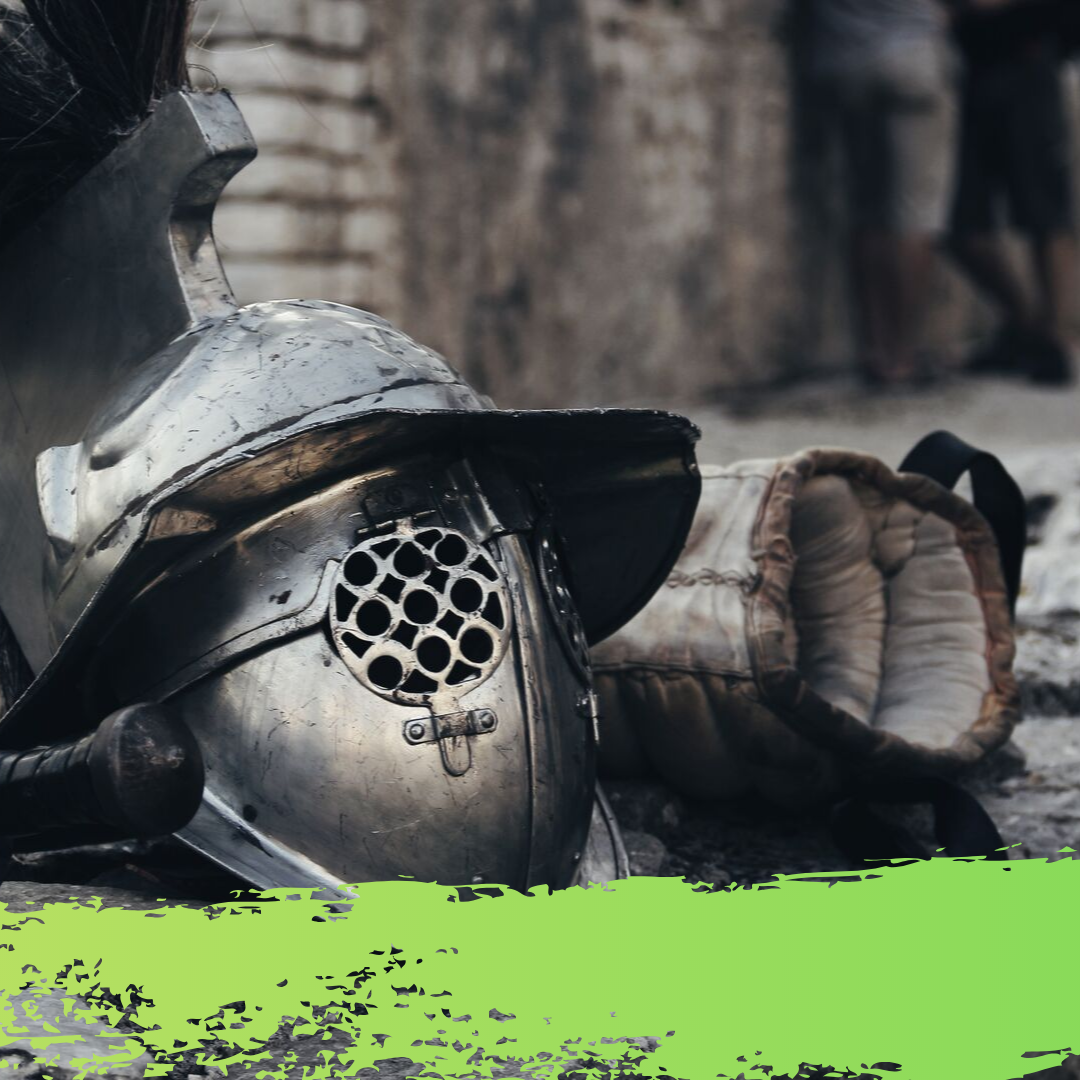 For one thing I’m going to reference a pretty famous diagram that dissects just about every book in existence, it’s called ‘The Hero’s Journey’. The Hero’s Journey is a chart made by a man named Joseph Campbell who is famous for writing the book “The Hero with a Thousand Faces.” This book dissects ancient myths and modern literature to show that heroism doesn’t change.

This book became especially famous after George Lucas attributed inspiration of Star Wars to Joseph Campbell and his works.

The Hero’s Journey begins with a status quo: the ordinary flow of life, the routine.
Then comes the Call: a big, usually unexpected event that propels the hero into conflict.
Then of course comes the big choice: the choice that defines every story, and that is whether or not to accept the call.

The Status Quo is comfortable, it’s easy, it’s familiar and why would you want to do something new when it’s so strange and difficult and frightening? When somebody chooses to just stick with their status quo that is called the Cycle of Mediocrity, the unending prison of sameness.

However, when somebody decides to follow the call they will find that they are never alone, because a strange phenomenon of life is that there is rarely, if ever, a time that you make a change without help, specifically, a Mentor. When you choose to follow the call that is when you cross the Threshold, a point of no return, and that is when you encounter your Mentor.

Mentors always guide you and teach you. They are willing to point out your mistakes and show you how to survive various trials. You then usually will encounter other helpers and friends that accompany you on your journey and help you overcome certain challenges. That is when you encounter Trials, Traps and Tribulations.

Trials are internal, problems of attitude or self-doubt or concerns or stuff like that. Traps are obstacles created by the antagonist, the antagonist being whatever force is acting against the protagonist and is trying to stop him from achieving his goal.

Then there are Tribulations which are environmental, problems that exist inherently because of the setting. There is often a Desert, a period of abandonment when you lose your mentor and your helpers and have to act on your own, then comes the reunion and a final dash towards the Climax where the antagonist is overcome, then comes clean-up and the Gift of the Goddess when you receive the reward of your struggles.

At the conclusion of your journey you arrive at a new and improved Status Quo. Many people have compared books to the Hero’s Journey, such as: Narnia, Lord of the Rings, Harry Potter, Percy Jackson, Artemis Fowl. Every fictional work in existence, and a lot of nonfiction fits into the Hero’s Journey in some way. That’s not what I’m doing here, because our own lives mirror the Hero’s Journey too.

My Own Hero’s Journey

So one of the biggest Calls that has happened to me in my life was the responsibility to get a job. I had just turned sixteen a few weeks before, which meant that I could start working. I knew I wanted too, but as is often my way, I just didn’t want to take the time to get one. Then one morning I was just sitting around writing some ideas for a book that I had had the night before down when my dad sitting nearby said; “Son, I have some job applications pulled up here, why don’t you come do them?”

Of course, I was busy, I would do it some other time. I didn’t like having big time-commitments sprung on me like that, my usual excuses, but my dad would have none of it. So I went and plowed through a McDonalds and Wendy’s application as quickly as I could. My dad wasn’t done and we were in the car, I grabbed an application from Sonic. The manager was terrifying there, and then we drove over to Chick-fil-A.

Some of you may not know what Chick-fil-A is because it’s not an enormous chain yet, but it’s famous for several things: Customer service, everyone there is super nice, and legendary for the catchphrase “My Pleasure!” when someone says thank you. The other thing is that Chick-fil-A only serves chicken products. Finally Chick-fil-A is always closed on Sundays, no exceptions. Even the franchise that was recently opened at Hershey Park held to the closed-on-Sundays-standard, and Hershey Park had to accept it.

All of these things appealed to me, I wanted to be part of that Chick-fil-A stereotype of being super nice. Of course, the people were super nice handing me the application and everything. I returned home, filled it out and returned it two days later. Then I had an interview a week later. She didn’t call me back, because at the very end of the interview she already offered me a job. I felt triumphant. This was the point of no return. I had finally left my status quo of having lots of time to myself behind.

Then pure heck began as I was started in the kitchen. My mentor was a three-year veteran of Chick-fil-A named Josh. He familiarized me with the least busy, but also hardest position that you can work in the Kitchen: Buns and Machines. When working Machines, you have to keep a constant supply of buns that have been buttered and pickled to the guy working Primary who has the job of assembling all of the classic fried sandwiches.

Machines also needs to keep track of the chicken timers to make sure none of the chicken goes bad or cold. They also need to watch all of the fryers, making sure that all the chicken prepared by the breader is dropped and frying as soon as he prepares it. Machines is also in charge of the grill, and supplying the multigrain buns to Secondary, and they’re in charge of bringing the cooked chicken to Primary and Secondary.

They are also in charge of soups and cheese sauce, and just being the runner boy in general; grabbing buns when you start running low, and grabbing boxes of fries for the guy doing the French-fries, and keeping everything clean too. Believe it or not, but that’s the least busy position in the kitchen. The others have less responsibilities, but are working much faster to pump the food out to the customers.

Josh did everything to help me and teach me, and the other guys in the Kitchen were always willing to deal with my mistakes and help me out. Guys like Henry, Zach and Diana were super nice to me acting as additional helpers. However, I faced Trials as I doubted why I was doing what I was doing. It felt like I was wasting so many hours of my life on nothing but chicken and buttering buns. And I wasn’t very good at it either.

I faced Traps, the antagonist in this situation being my inexperience, because whenever a customer came in with a complicated order or a request for six twelve counts of nuggets, or a ton of sandwiches, or we had a catering order of several hundred sandwiches, my life would be thrown into chaos. Then there were tribulations as things went wrong in the kitchen. I almost broke the grill, which would have cost a lot of money; and of course, those times when you accidentally dump a bucket of nuggets on the floor, which means they need to be thrown away; and other things like that. It was heck.

But then came the day when they put me on Fries, during lunch rush. Fries is the busiest position in the back because the number of fries you can prepare ahead of time is minimal and the flow of fry orders is constant. I managed to go the entire rush without making the front wait for fries for more than thirty seconds, and barely asked for help. I had finally conquered my inexperience, to a large extent anyway. And I was starting to make friends too. I joked around with Zach and Josh a lot and was starting to actually looking forward to working with them. Then there was another call as the Chief Manager decided to move me up front.

I went through a similar process as the nice people up front like Joshua, Caleb, Kody and Katie trained me in the ways of Front Counter. I learned to use the PR system and learning to deal with my mistakes and being the face of Chick-fil-A. Neither transition was easy. I’m a person who loves the comfortable seat of my own armchair, who loves having lots of time on my hands to decide what to do with. I’m the type of person who loves talking and then never doing, but driven by my father, and then my Chief Manager I made multiple crazy transitions. The climaxes have been crazy, and I don’t think that I’m totally through the adventure, nor do I think I ever really will.

Transitioning from my pretty easy and laid back homeschooled life to working twenty hours a week and still trying to get all of my schoolwork done, plus the additional responsibilities of being a YCT and Honors Choir has been rough, and I’m still not solid, but I’ve realized that I’ve got time.

Moral of the Story

Here’s the whole moral of the story. The more I’ve thought about it, and this is going to sound super cliché and cutesy, but every day is an adventure. Every day there’s the Call to Adventure, a Call to Greatness. Whatever you want to call it, there’s always a guide, there’s always an objective, there are always people there to help you, there are always Trials, Traps and Tribulations, there is always an opposing force trying to keep you from your objective, then there’s always a moment when you overcome those things and begin the journey home.

There is always the Gift of the Goddess, and every day that we accept that Call and go through that Journey leaves us at a new and better Status Quo at the end of it. And our entire lives mirror the Hero’s Journey too. I heard a cool quote once, and though I couldn’t tell you who said it, it has always stuck with me, but everyone is the Hero of their own Journey.

So, then that means the outcome of your story is up to you. Will you accept the Call? Will you work through the Trials, Traps and Tribulations or will you bail?

Because you’re the author.

So you better get writing.